History affirms the adage time and again. In India, Mahatma Gandhi’s vision of freedom for a sub-continent created a bold movement – Quit India – that subdued an imperial power. In Africa, Kwame Nkrumah’s vision of a free Africa saw the independence of the sub-Saharan nations. In the United States, Rev. Martin Luther King’s dream of freedom for the Negro resulted in the civil rights movements that were to hatch the first ever African-American president, Barack Obama.

In South Africa, Nelson Mandela’s vision of freedom from the deadly apartheid regime liberated a nation shackled to servitude. In Singapore, Lee Kwan Yew’s vision of a prosperous nation elevated his country to exemplary living standards. All these icons committed themselves – body and soul – to the service of something greater than themselves. And the results were prophetic and legendary.

John F. Kennedy provided another intriguing case study. After the Soviet launching of the satellite, Sputnik 1, he stepped up to the challenge on national television and asserted his vision that America will put a man on the moon within a decade. Soon thereafter, John Glenn completed a three-orbit flight in the Friendship 7 space capsule (1962).

It was said in a Kennedy biography that while visiting the National Aeronautics and Space Administration (NASA) site to boost morale, he met the staff lined up in a corridor to greet him. At the end of the line, he was introduced to a toilet cleaner, who, when asked what his job was, replied proudly, “Mr President, I’m helping put a man on the moon.”

A bold vision is a potent motivator. When a vision is defined, and shared with others, it helps to motivate and unify a group of people around a purposeful goal.

Another visionary is Barack Obama. He is honest in saying that “Africa’s future is up to Africans… Opportunity won’t come from any other place… it must come from the decisions that you make, the things that you do, and the hope that you hold in your hearts”. The giants like Kwame Nkrumah and Jomo Kenyatta are no more; instead, Africa’s future will be from the visions of “the young people brimming with talent and energy and hope – who can claim the future.”

A vision is an imaginary window through which we view the possibilities for a better world. It is a desired future or an outcome: Something that can make a positive difference, and though it may not exist presently it is not impossible to achieve.

Modernity demands a bold, new world. It’s amazing how many adults, unwittingly, strangle the youth with such preposterous beliefs like, in Akan, “Akodaa bo nwa, onbo akyekyedee,” (to wit, the young may crack the shells of snails, but not the harder shells of the tortoise). Many of the frustrated youth we find today on the streets are victims of “Learned helplessness”: The dreadful sense that they have little or no control over their future lives.

A modern curriculum must help promote creative ways in which the youth see themselves as masters of their own interests, values, and fate. It must help the youth identify and define meaningful visions / missions for themselves. Teaching methodologies must steer learners to pursue the visions / missions with conviction for their own personal growth. At the end of the day, the useful things that we love to do and care about are most likely to be the niches we carve for ourselves holistically and professionally for self-actualization and fulfilment.

The questions are the answers

The idea is to help the youth identify a sense of purpose – a territory – and begin the journey, and build a life around it. Many times we forget that the young Bill Gates and Steve Jobs, for example, did not start off with the intent to make billions of money. They merely started off with a vision to help people work smarter and not harder: The mission, then, was to create a personal computer (PC) for every desk at home and in the office, to improve people’s productivity.

Particular visons must be selected to serve as entry points in one’s own education, and groomed thereafter as points of departure to begin the journey to make a difference. It helps greatly, when instructional methods match learners’ interests in various practical ways to include service learning, volunteerism, and community service. All that help with the practice of important leadership skills, and they lead to emotionally intelligent behaviours such as honesty, diligence, tenacity, punctuality, etc.

Great leaders are inspired by visions beyond themselves. Healthy egos seek a sense of service to others. What can be done to improve the lives of others? It is never too early to be a visionary for the greater good of humanity, to learn to serve. 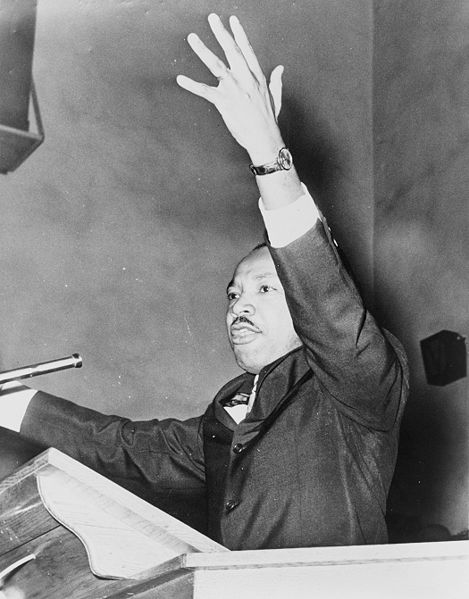