· His art collections and auction to benefit Mfantsipim.

The words of Chinua Achebe [1930 – 2013] resonated on that inspiring occasion: “When there is a big tree, small ones climb on its back to reach the sun.” The African sage and Nobel Laureate was to add that “You cannot plant greatness as you plant yams or maize … The great tree chooses where to grow and we find it there, so it is with the greatness in men.”

Kofi Annan’s trajectory speak to the spirit of Mfantsipim – from its infant years – when the intentional minded Irish [headmaster from 1925 – 1936], Rev R.A. Lockhart, envisioned that one day the world will be astounded by the greatness of some local Gold Coast boys who will be transformed and propelled into towering heights in the global arena. In the fashion of Alex Quaison Sackey [1924 – 1992], who was to become the first African ever to preside over the United Nations General Assembly after the birth of Ghana, Kofi Annan serves as a most eloquent exemplar of that vision today. 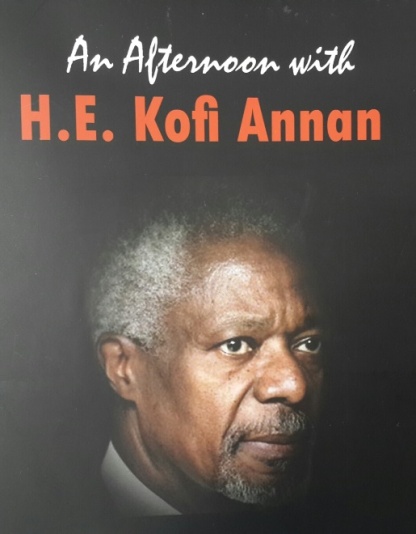 In an address to the schools and colleges in December 1969, another alumnus, Ghana’s Prime Minister Kofi Busia said, “the best test of an educated man is the width and breadth of his heart … the kind of sympathy which makes him do something for others to alleviate suffering [and] extend opportunities for others to live happier, nobler lives.”

Kofi Annan’s collection of artworks for the exhibition and auction were to serve that “happier, nobler” purpose for the school on whose hearth he was raised, having graduated in 1957, at the dawn of Ghana’s independence. The personal collection was part of the many tokens of affection and support he received over the years from around the world, which have helped and sustained him. He said, “I have always been touched by the thoughts accompanying them. The gifts hold a special place in my heart and so does Mfantsipim School which helped prepare me for the journey.” He donated the collection to benefit the students of today in the hope that the revenues from the auction will support and encourage them as they embark on their own journeys with their own hopes and dreams.

Captain Paul Forjoe (Rtd) [Moba 73], the brain behind the Ebusuapanyin Lunch (which premiered at the Kempinski Hotel, 10th August, 2017) declared that the event was to continue as a yearly fund raising event to support the school in two ways. He said, “The first is to create a unique and much anticipated annual event that engages corporate bodies and discerning patrons in a forum that provides networking opportunities and discussions of national relevance over lunch with an internationally respected personality.”

The second purpose was to raise money for the school’s Endowment Fund. The growth of the fund over the coming years is expected to be a significant vehicle to support the school in diverse ways. It was the hope of the Ebusuapanyin that the vision of MOBA National – as the pre-eminent network for all Mfantsipim alumni – is to become a unique standard setting brand for all alumni associations in Ghana. He said, “It is our prayer and hope that other alumni associations would emulate our efforts.”

The event was chaired by Dr Andrew Arkutu (Moba 55), a former Associate Professor of Obstetrics and Gynaecology, and later a technical adviser to the United Nations Population Fund (UNFPA). Ambassador W.G.M. Brandful (Moba 69) with a life of 35 years as a French speaking career diplomat assigned to Benin, Germany, Mali, Zambia and Japan, and author of “Personal Reflections of a Ghanaian Foreign Service Officer” – served as the master of ceremony. In attendance was former president J.A. Kuffour. 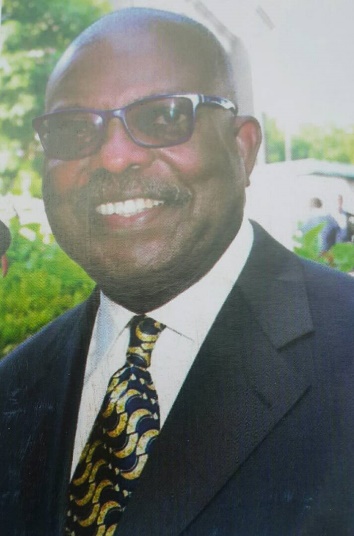 The lunch and interaction with Mr Annan evolved around his address, “Leadership and Public Service”.  He preluded the speech with an encounter with the then Russian ambassador, now minister of foreign affairs Sergey Lavrov, who admonished the new secretary general Annan by joking that in the Bible God created the whole world in only six days but Annan had failed to reform the UN in six weeks. To which Mr Annan responded, “Yes, but God had a distinct advantage; He worked alone, without the Security Council.”

On a serious note, he said the year of his graduation from Mfantsipim, 1957 “was a time of immense hope for Ghana, and for Africa as a whole … Heroic young African leaders like Kwame Nkrumah and Gamal Abdel Nasser were prevailing over Western colonialism and showing a bold and articulate face of Africa to the entire world … Monumental change became possible, and Africans were its catalysts.”

He lamented that every year these days, “it hurts and shocks me to see thousands of our young people drown in the Mediterranean in search of a better life, because they do not think it is possible at home. It is profoundly disturbing to see so many Ghanaians included on the 2017 counts of migrants who attempt to make the dangerous crossing across the sand and sea to seek a new life in Europe.”

“More than ever,” he continued, “we must harness the potential of our youth. [The] key to our continent’s ability to chart the turbulent waters ahead will be the quality of our leadership.” To a question, he advised that, one is never too young or old to serve. Nasser of Egypt was 38 years old in 1956; Nkrumah was 48 years in 1957. [Rev Martin Luther King was only 39 years when he died.] But he rebuked the tendency to avoid action and say “Fama Nyame” [to wit, Leave it to God]. In his view, we tend to be a bit too tolerant and too respectful. At the very least we need to help God to help us. Don’t leave it all to Him. 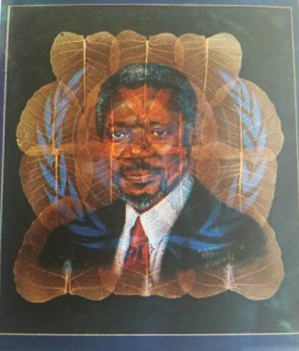 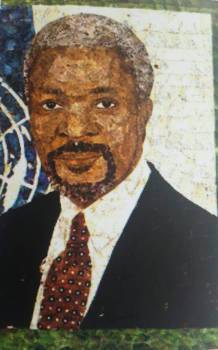